The technology is part of the Molecular Microbiology research group led by Francisco M. Mojica and consists of two molecules with antimicrobial properties 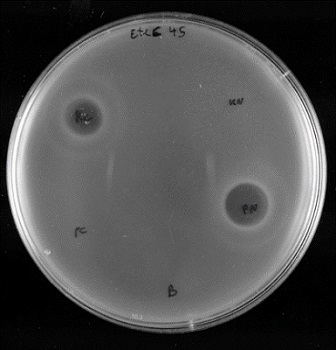 Researchers at the University of Alicante (UA) have designed a new antibacterial against Escherichia coli (E.coli), a bacterium present in the microbiota of the gastrointestinal tract of people and animals, responsible for infectious diseases such as traveler's diarrhea, hemorrhagic diarrhea and even kidney failure. The technology consists of two molecules - called Poll-N and UK-C - with specific antimicrobial properties against E.coli bacteria.

The Poll-N and UK-C molecules, phage proteins modified with positively charged amino acid residues at one end, not only destroy approximately 90% of the tested strains of E. coli, but have no effect on other bacteria, explain the researchers from the UA's Molecular Microbiology group. Its use as a specific antimicrobial against E.coli is potentially interesting in the case of contaminated food, cosmetics or water, as well as for the treatment of diseases (infections) produced by this bacterium.

One of the scientists responsible for this advance is Francisco J. Martínez Mojica, discoverer of the CRISPR systems, whose contributions in this field helped develop the CRISPR-Cas9 genetic editing technique. Researchers Jesús García Martínez, Vicent Soler Bodí, Noemí Marco Guzmán and Arantxa Peña Pardo are also part of the team in this project.

An option to antibiotics

In the health field, this new antibacterial is reported  as an alternative agent to replace antibiotics and prevent, among other side effects, the appearance of resistance of microorganisms to them, which is currently a serious public health problem.

Furthermore, the UA team of researchers explained that the specificity against E. coli guarantees, for example, that administering this antibacterial causes less impact on the rest of the patient’s microbiota, a relevant aspect from the clinical point of view. Although most strains of E. coli are usually completely harmless, there are several strains capable of causing different diseases. Therefore, the molecules developed from the University of Alicante are useful in any biotechnological, clinical and industrial process that requires the total or partial elimination of the Escherichia coli bacteria.